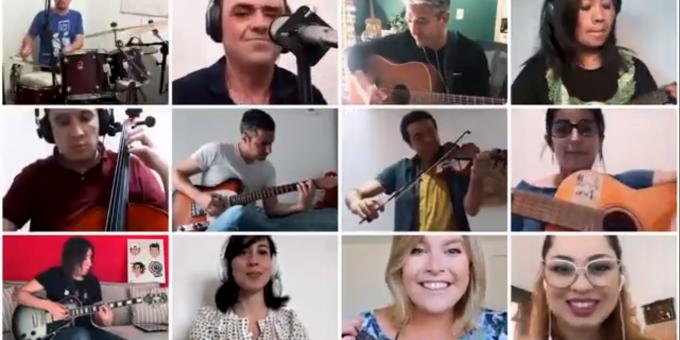 During challenging times, actions can make the difference. “Better days will return” is a message of hope that ended up forming Zurich’s first global virtual band.

During the pandemic lockdown in April 2020, a Brazilian woman decided to share a message of hope: it was then that Anna Lino (Innovation Analyst) composed The Zuricher Song.

Connected by music, 60 colleagues from all four corners of Zurich’s world sent 120 files singing, playing, and dancing along to the song. A truly international story about being united and optimistic during challenging times.

Our innovation library is open to Efma members only.

If that is your case, log in to access the full page.
If not, you can learn more about Efma membership here.